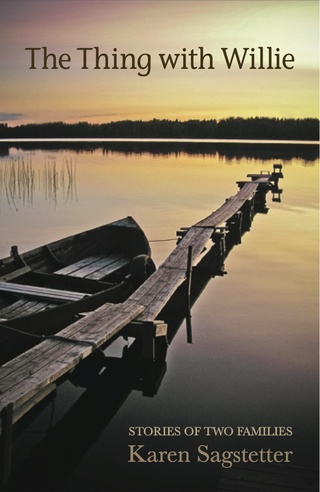 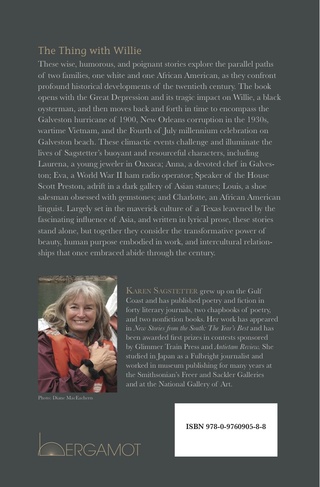 The Thing with WillieStories of Two Families

These wise, humorous, and poignant stories explore the parallel paths of two families, one white and one African American, as they confront profound historical developments of the twentieth century. The book opens with the Great Depression and its tragic impact on Willie, a black oysterman, and then moves back and forth in time to encompass the Galveston hurricane of 1900, New Orleans corruption in the 1930s, wartime Vietnam, and the Fourth of July millennium celebration on Galveston beach. These climactic events challenge and illuminate the lives of Sagstetter’s buoyant and resourceful characters, including Laurena, a young jeweler in Oaxaca; Anna, a devoted chef in Galveston; Eva, a World War II ham radio operator; Speaker of the House Scott Preston, adrift in a dark gallery of Asian statues; Louis, a shoe salesman obsessed with gemstones; and Charlotte, an African American linguist. Largely set in the maverick culture of a Texas leavened by the fascinating influence of Asia, and written in lyrical prose, these stories stand alone, but together they consider the transformative power of beauty, human purpose embodied in work, and intercultural relationships that once embraced abide through the century. 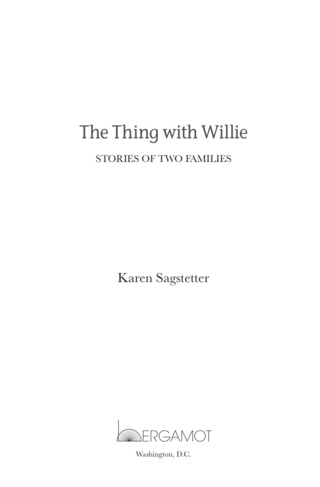 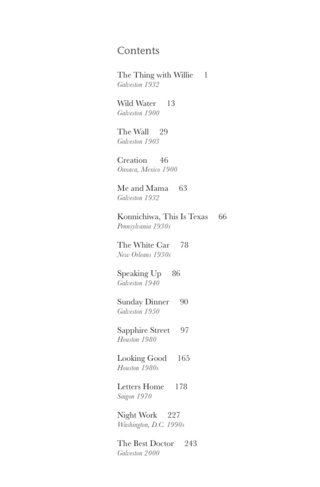 The Thing with Willie
Stories of Two Families
Two families, one African American and one white, are vibrant touchstones for this suite of connected stories that launch from Galveston, Texas, and sweep through a century of hurricanes, economic collapse, war, the compelling influence of Asia, all the way to the Fourth of July millennium celebration on the beach.
Interview with Karen Sagstetter
Review from City Paper
Karen Sagstetter reads "I Tripped" & other poems